And that’s just scratching the surface on the importance of good logo design. Today’s consumer is very symbol-smart; they learn a lot about a company without reading any words. For example, say a logo looks old and dated. Consumers may believe that your products or services are dated. Or say your logo looks too corporate. Consumers may get the impression that your business is impersonal, too big. That can be bad if you’re a local business.

But let’s hear the sage words of some of the founding fathers of modern logo design, people who transformed the value of the logo, and the purpose it served.

“Design is the silent ambassador of your brand.”

“Everything is design. Everything!”

“In essence, it is not what it looks like but what it does that defines a symbol.”

“The public is more familiar with bad design than good design. It is, in effect, conditioned to prefer bad design, because that is what it lives with. The new becomes threatening, the old reassuring.” 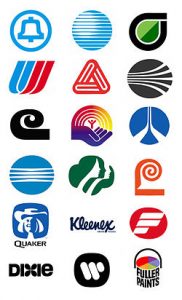 “Sometimes when an idea flashes, you distrust it because it seems too easy. You qualify it with all kinds of evasive phrases because you’re timid about it. But often, this turns out to be the best idea of all.”

“This is what you need — a magic dot.”
Saul Bass (1920-1996) described a particularly sticky moment when he presented his Minolta design at the company’s Osaka headquarters in 1980.

“Logos are a graphic extension of the internal realities of a company.” 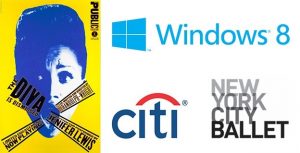 “Your name is Windows. Why are you a flag?”

“Identities are the beginning of everything. They are how something is recognized and understood.” 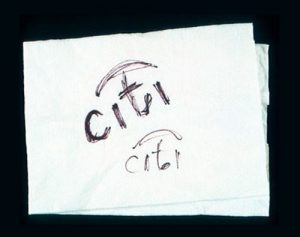 In 1998 the largest financial services firm in the world came into existence with the merger of Goliaths of the industry Citicorp and Travellers Group. They needed a rebrand, and met with Pentragram, Paula’s design firm. They decided Pentagram would handle the rebrand for $10 million, $1.5 million of which was for the logo design.

Before the Pentragram team could get to work they met with Citibank leadership to discuss their challenges and what they were hoping to get out of the engagement. As she listened Paula started to idly doodle on a napkin. 5 minutes, $1.5 million. Citi probably considers it worth every penny. What is the value of your logo?

“The best icons are more like traffic signs than graphic illustrations.”

“I strive for two things in design: simplicity and clarity. Great design is born of those two things.”

“Forever. If you do it right, it will last forever.”